Tom Landwehr has been one of Minnesota’s most influential conservation leaders for over 30 years. After completing his BS and MS degrees in Wildlife Biology (’80, ’86) at the University of Minnesota, Tom began his career with the Minnesota Department of Natural Resources as a research biologist. Over the next 17 years, he also held MN DNR positions as a wildlife manager and as the Wetland Wildlife Program Leader. Tom then served as the State Conservation Director for Ducks Unlimited for five years and the Assistant State Director for The Nature Conservancy of Minnesota and the Dakotas for 7 years. In 2011, Tom was appointed as the Commissioner of the Minnesota Department of Natural Resources by Governor Mark Dayton. Following two terms as commissioner, Tom now leads the non-profit organization, Saving the Boundary Waters. 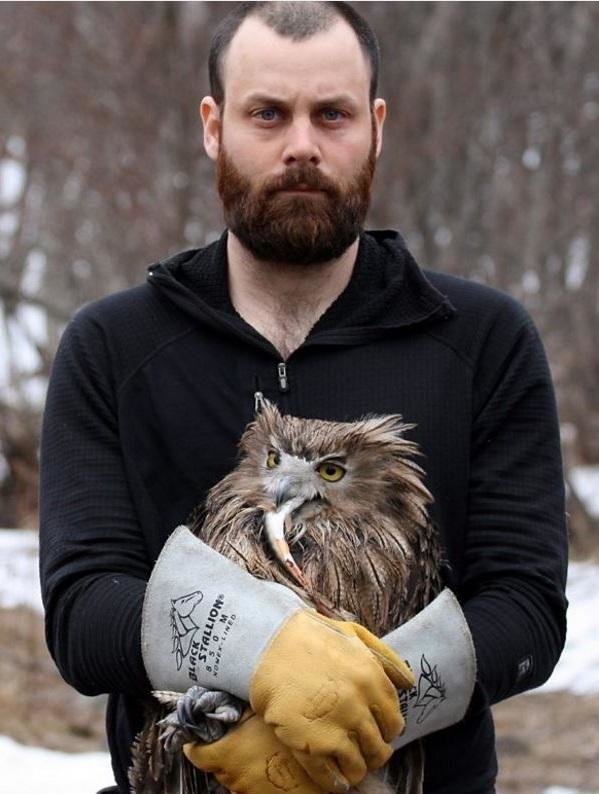 Jonathan Slaght is the 2020 Early Career Alumni Awardee. Since completing his MS ('05) and PhD ('11) at the University of Minnesota, Jonathan has served as the Russia and Northeast Asia Coordinator for the Wildlife Conservation Society. He manages research projects involving endangered species such as Blakiston’s fish owls and Amur tigers, and coordinates WCS avian conservation activities along the East Asia-Australasian Flyway from the Arctic to the Tropics. Jonathan’s writings, scientific research, and photographs have been featured by the BBC World Service, the New York Times, The Guardian, Smithsonian Magazine, The New Yorker, and Audubon Magazine, among others. A memoir of his graduate work with Blakiston’s fish owls, titled Owls of the Eastern Ice, is being published in June 2020 by Farrar, Straus, and Giroux. He also authors a blog for Scientific American about his fieldwork titled “East of Siberia.” You can follow him on Twitter. 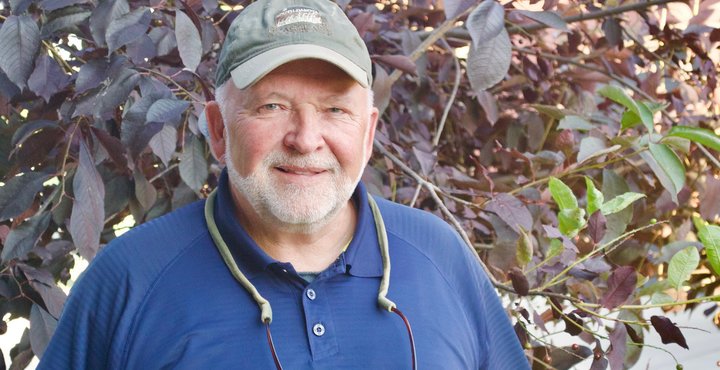 Jeff Nelson received his BS in Wildlife in 1979 from the University of Minnesota and his MS from Utah State University in 1982. Jeff was with Ducks Unlimited for 30 years, where he held several key executive positions including Chief Biologist, Director of Operations for the Great Plains program in Bismarck, North Dakota, Executive Vice President and CEO of Ducks Unlimited Canada. Following his first retirement, Jeff served as deputy director of the World Wildlife Fund’s Northern Great Plains Program; a position he held for nearly six years. He advanced habitat conservation and protection in both organizations by building innovative teams, leading successful fundraising campaigns, and forging successful partnerships with tribes, rural communities, landowners, government agencies, and other conservation organizations. 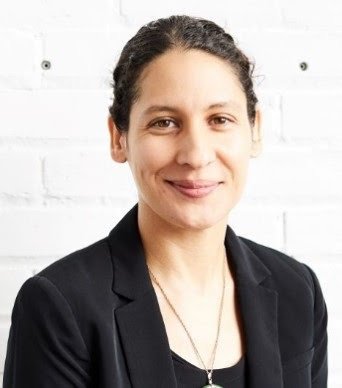 Olivia LeDee is the first recipient of the FWCB Early Career Alumni Award. Upon receiving her PhD in 2008 from the University of Minnesota in Conservation Biology, she worked with the State of Massachusetts on climate impacts and then joined the Wildlife Working Group of the Wisconsin Initiative on Climate Change Impacts where she developed and led assessments of the future impact of climate change on regional wildlife species. She then became a planning and policy analyst with the Minnesota Department of Natural Resources. In this position, she coordinated fish and wildlife strategic and long-range planning. In 2016, she assumed a leadership position in the U.S. Department of Interior, serving as Deputy Director of the Northeast Climate Science Center. Olivia is currently Acting Federal Director of this center. Within the first ten years of her career, Olivia has provided crucial leadership and guidance to multiple conservation organizations and agencies formulating strategies to address climate impacts on fish and wildlife.

Dr. Magnuson’s accomplishments as a distinguished fish and aquatic biologist have been crucial for advancing the understanding of global stressors such as climate change, invasive species, and pollution on lake ecosystems and their fisher communities. His influence on the field of fisheries and aquatic ecology continues to be tremendous, through the more than 80 graduate students he has mentored, the regional, national, and international policies he helped shape, and because of his leadership as the first director of the University of Wisconsin-Center of Limnology.

Throughout his distinguished career, Dr. Meslow has provided scientific leadership and service to the wildlife profession. Chuck led the Oregon Cooperative Wildlife Research Unit for 18 years before retiring in 1994. He authored and coauthored more than 80 peer-reviewed scientific publications. He has advised and mentored more than 50 M.S. and Ph.D. students, many of whom have gone on to have distinguished careers themselves.

Don is recognized as one of the early pioneers of marine mammal ecology and conservation. His research and that of his students has focused on Weddell, leopard, and crab-eating seals in Antarctica; he has also made very important contributions to the knowledge and conservation of sea otters on the U.S. Pacific Coast.

Alumni are a vital part of the FWCB Department and its programs. Alumni serve as career mentors to current students and help with the transition to professional life. They support FWCB students through scholarship donations and they help promote FWCB by telling friends, neighbors, and colleagues about our educational and research programs.

The CFANS mentor program is an excellent opportunity for students to connect with professionals working in their areas of career interest. Through this relationship, students can get an inside view of how various companies and organizations work, how professionals balance life and career, and learn how to better prepare for the working world. Each year, both undergraduates and graduate students are matched with alumni mentors.

Be sure FWCB has your up-to-date contact information, so you'll receive the department's e-newsletter every other month. It's a great way to learn about upcoming events and news about alumni, students, and faculty. To update your information or subscribe to the newsletter, send your name, email address, affiliation, graduation year and major to [email protected]. Join us on Facebook for another way to stay in contact with the department and other alumni!

Your gift can help support undergraduate scholarships, provide graduate fellowships, give support to faculty, or offer ongoing program support. Learn about ways to make a gift to FWCB.

+
Nominating an alumnus/a for FWCB award?

The annual FWCB Distinguished Alumni Award recognizes an alumnus/alumna who has attained professional distinction in fisheries, wildlife, conservation biology or a related field as evidenced by outstanding professional achievement on a state, national, or international level. Beginning in 2020, the Distinguished Alumni Award will be presented at the Spring Research Showcase and Awards (April).

This award recognizes an early-career alumnus or alumna of Fisheries, Wildlife and Conservation Biology who has achieved outstanding accomplishments and is poised to make significant advancements in their field. Nominees will have demonstrated excellence and potential for future excellence in one or several of the following areas: (1) research and discovery, (2) communication and outreach, education and pedagogy, (3) management and policy.